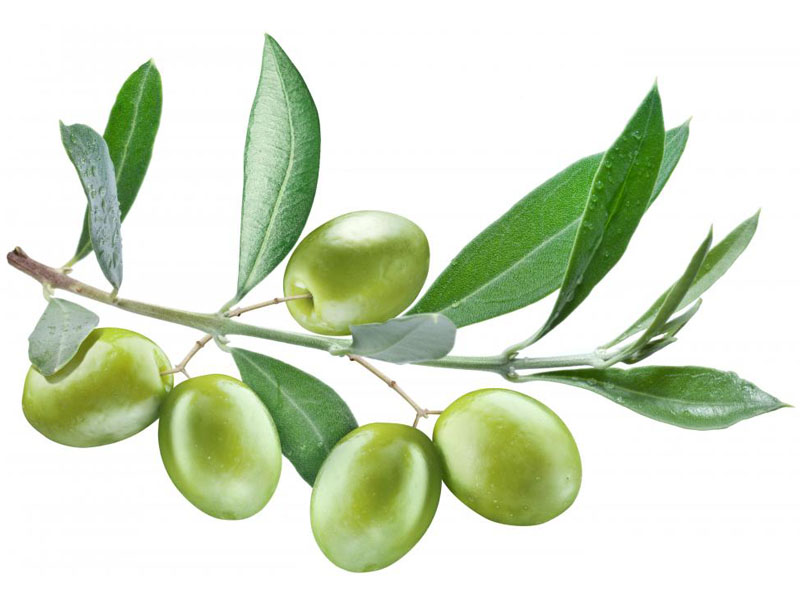 Olive is one of the oldest plants that we know. The olive tree is 6000 to 7000 years old and its origin is Greek. In the ancient years, in addition to the olive itself, they built shelter from their trees and used it to produce fuel and medicine. The olive tree symbolizes intelligence and peace in the Bible they mentioned Greek myths and Egypt art.

Olive leaves contain oleuropein that has antioxidant property. In a research, the effect of olive leaf extract on amount of related Cytokines (proteins that play a role in regulating the body immune) to Th17 cells (a kind of executive cells involved in immune mechanisms) was investigated. Based on this research, the extract of this plant showed antioxidant effect on oxidative indexes in rats’ brain but it had no significant effect on amount of mentioned cytokines .The researchers concluded that protective effect of olive leaf extract on inflammatory disease is probably due to its antioxidant properties not to the moderation of Th17 cells-associated cytokines.

Considering the inflammatory effects of Methanolic extract of olive tree leaf in male mature mice from the NMRI race showed that this extract can has anti-inflammatory effect. Flavonoids have inhibitory property on many effective enzymes in inflammation such as Kinase protein A2 phospholipase and phosphodiesterase. Flavonoids caused to reduce releasing of some inflammatory factors such as cytokine and Histamine ingredients and decrease the pain through inhibiting or reducing of these enzymes activity.

In a research the effect of olive leaf extracts on bacteria was investigated. The results showed that the extracts of Acetone, Ethanol and methanol of olive leaf had inhibitory effect on Escherichia coli bacteria. Olive leaf contains the ingredients such as Caffeic acid, Tannin, oleuropein and Trisol that have anti-microbial property. According to researches the inhibitory effect of phenolic ingredients can be attributed to surface absorption property to cell membrane and disorder of its function, reaction with enzymes, substrates and prevention of cell access to metal ions.

Antiarrhythmic effect of olive leaf extract was considered in animal models and results have shown that the extract of this plant can have antiarrhythmic property and protective effect on heart if used for more than one week. In the opinion of researchers, olive leaf extract due to have antioxidant property, anti-platelet aggregation, anti-inflammatory and cholesterol decline and blood pressure protects heart against oxidative injury. In a research arrhythmia effect of ingredients of Triterpenoid of olive leaf (include Ursolic acid) was observed in rats and this effect in some cases was comparable with antiarrhythmic drugs available on the market.

In an experiment that its result was published in Phytomedicine journal, the effect of olive leaf on reducing blood pressure of patients with high blood pressure was considered. Based on results the extract of this plant can have an effect similar to Captopril (reducer blood pressure drug). In this research, the extract of olive leaf reduces the blood pressure of systolic and diastolic. The other experiment findings have shown that alcoholic liquid extract of olive leaf reduces blood pressure (systolic pressure and diastolic pressure and arterial average pressure) in mice. This effect can be caused by presence of oleuropein and types of phenolic ingredients in leaves as Apigenin and types of flavonoids as Diosmin and Routine. The other findings have also shown that Apigenin in isolated vessels of rat causes the expansion of the vessels by suppressing voltage dependent calcium currents also it has shown that Apigenin reduces contractile activity caused by Noradrenaline in Aorta smooth muscle.

Based on gained result of a research, the use of certain amounts of olive leaves has properties of Hypocholesterolemia (cholesterol reducer) and anti- Atherosclerotic (anti-arrhythmia). The results have shown that the extract of Diethyl ether of olive leaf reduces the cholesterol level of all plasma. Oleuropein content in olive leaf prevents LDL oxidant and because oxidation is the main stage in formation of plaque (fat deposition) of Atherosclerosis, olive leaf with inhibition of LDL oxidation prevents formation of Atherosclerosis plaque in artery wall. Olive leaves increase the HDL plasma level.

Based on a research report in Research Journal of Pharmaceutical, Biological and chemical sciences, the extract of olive leaf has protective effect in diabetes. In the opinion of researchers of this research olive leaf mechanism in reducing blood glucose can partly increase glucose muscular absorption, inhabitation of hepatic glyconeogenesis and antioxidant activity .In a study in Monograph Alternative Medicine Review Journal, the use of 32 MG/KG of olive leaf body reduces blood glucose and increases glucose peripheral absorption in diabetic retinopathy. In another experiment, feed oleuropein to diabetic retinopathy to amount of 5 and 10 mg/g of body weight increases GHS serum. This ingredient can with reducing production of free radicals derived from alloxan and protecting of Beta cells prevents diabetes incidence after injection alloxan to the mice. Research findings that its results were published in Plos one journal showed that polyphenols content in olive leaf increases allergy to insulin and secretory capacity of pancreas beta cells in elderly men that have overweight. In another experiment the alcoholic extract of olive leaf increases insulin of diabetic rat serum and this increasing was more than the effect of Glibenclamide drug. Hypoglycemie activity (decreasing blood glucose) of olive leaf can be due to the presence of Olprezide or oleuropein ingredient in the leaf of this plant. This ingredient probably acts by enhancing of insulin release and increasing peripheral absorption of glucose. The leaf of olive prevents acute Hypertension (high blood pressure) and Atherosclerosis (arteries sclerosis) and improves the resistance to insulin in animals oleuropein and tannin in olive leaf acts as inhibitors of glucosidase and reduces absorption of carbohydrate in body inhibition of Amylase pancreas activity is other suggestion mechanism for effect of olive leaf on reducing blood glucose.

In an experiment the effect of Hydroalcoholic extract of olive leaf was considered on amount of sexual hormones and sperm production in male rats. Increasing blood glucose leads to structural and functional changes in reproductive activities. The results showed that olive leaf extract reduces side effects of diabetes on amount of sexual hormones and spermatogenesis (formation of sperm) and improves function of Hypophysis-testicle hormonal axis followed by diabetes induction. Oleuropein content in olive leaf extract inhibits increasing blood glucose and oxidative stress caused by diabetes. Nitric oxide is effective on hypothalamus-hypophysis-testicle axis. This ingredient increases the secretion of gonadotropins (the cells in hypophysis tumor of brain that secretes gonadotropin hormone) and sperm motility oleuropein content in olive leaf extract increases the activity of Nitric oxide synthase enzyme and increases the production of nitric oxide.

In a research the positive effect of olive leaf extract in prevention of incidence of moving defects caused by diabetic neuropathy (disorder in nerves) in rats was observed that the high blood sugar caused weak blood flow of capillaries to the nerves and oxidative stress. Neuronal death and nervous Apoptosis are the source of neuropathy of diabetic sensual factor. Phenolic ingredients of olive leaf as oleuropein and tyrosol can prevent neuronal destruction and cellular apoptosis with enhancing antioxidant immune system. Another reason of diabetes complications and environment of Hyperglycemia (high glucose) that cause neuronal apoptosis is a lot entrance of calcium to neurons. Olive leaf extract has property of calcium channel inhibitory.

Oleuropein is one of the most important ingredients of olive that has antimicrobial and antioxidant properties. Recently researches indicated that this material directly controlHER-2 the gene of breast cancer. Pentacyclic triterpenes are from the other ingredients of olive that with induction of apoptosis (planned death of cell) in some cancer cellular ranks prevents theirs duplication. Oleanolic acid and Maslinic acid are ingredients that prevent cellular rank growth of Astrositoma (brain tumor) in laboratory. Additionally oleanolic acid shows a great antitumor effect itself for intestinal cancer model on rats. Furthermore, this ingredient prevents Angiogenesis (vessel creator that causes blood supply to tumors) that is an important factor of growth solid tumors.