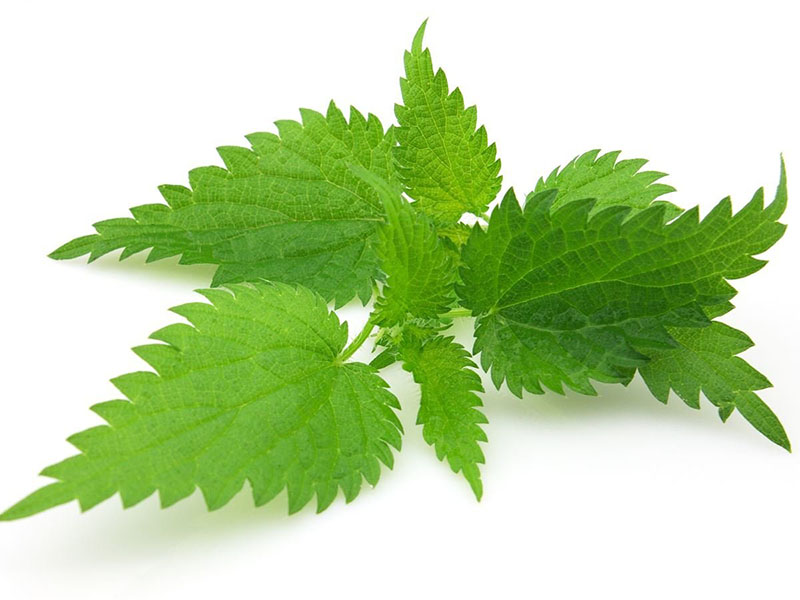 Many people consider nettle (Utica) as an annoying plant, although, this plant has been used for food, clothing and medicine since ancient time. The scientific name of nettle is derived from the Latin word meaning” burn”, which refers to the pungency (bite) trait of the leaves of  the plant. Its English name is derived from Anglo-Saxon language and from the word of “Noedle or needle”. Due to the contact of the body with the biting hairs of this plant, the caustic contents of these hairs which are formic acid enter the skin and cause burning. Nettle is growing in most wet areas of the country, especially in the north, west and central Iran.

Phenolic ingredients in nettle can chelate the metal ions (bands with them) and thus reduce their concentration in lipids peroxidation. Neutralization of H2O2 by nettle can be attributed to its phenolic ingredients which can give electrons into H2O2 and change it to water and neutralize them.

A research that its results were published in Iraqi Journal of Veterinary Sciences showed the diuretic property of liquid extract nettle in rabbits. The use of nettle extract in these animals increased volume of urine and repels sodium ion. This effect of nettle is similar to Furosemide drug. Researchers believe that the diuretic property of nettle can be related to its deterrent effect on the Adenosine receptor.

Based on a research in Koomesh Journal, the extract of nettle reduced poisonous (toxic) effects caused by Gentamicin on rats. Gentamicin is from Aminoglycoside antibiotics that is used to cure some infections caused by Gram-negative bacteria and due to having side effects as renal toxicity its usage is limited. This research has shown that nettle extract probably can affect the improvement of Gentamicin toxic effects on kidney by decreasing oxidative stress and creating anti-inflammatory effects and vasodilation. Nettle extract contains lycopene that acts as an anti-oxidant and prevents necrosis of the cells by trapping free radicals (death of cells due to injury).

Steroids ingredients that are also in nettle reduce transferring proteins of thyroid hormones in blood serum. This reduction by itself reduces the amount of T3 hormones (Triiodothyronine and T4 thyroxine or tetrayodotironina). Flavonoids reduce the amount of these hormones by inhibiting the activity of the throperoxydase enzyme (the responsible of biosynthesis of thyroid hormone). Flavonoids by inhibiting the activity of Diodenase enzyme (a kind of enzyme that separates iodine from these hormones and for resynthesis of hormone, provides it for thyroid gland) and prevention of iodine mineralization in thyroid cells change the amount of thyroid hormones.

The results of considering ethanol extract effect of nettle foe arrhythmia treatment (heart beat abnormally) of ultra-ventricular in rabbits’ heart showed the potential role of anti-arrhythmia of hydroalcholic extract of this plant. The findings indicate that the nettle probably with inhibition of sodium-potassium pump depend on energy applies its effect. Based on studies done on laboratory animals, nettle extracts improve lipid profiles and prevent platelet aggregation. The platelets play a role in blood clotting and coagulopathy bleeding disorder can cause the myocardial infraction (heart attack).Liquid extract of nettle leaf that was given to rats prevented platelet aggregation caused by Thrombin. It seems that the flavonoids are responsible for this inhabitation power.

The nettle has a protecting effect on liver. This plant is a powerful anti-oxidant that breaks free radicals and reduces oxidative stress. Nettle increases Arylstrasse and Catalase enzymes’ activity in liver tissue and can prevent fibrosis (leaf tissue swelling) and alcoholic liver (intense inflammation of liver). Nettle does this act with antioxidant activities and regulating immune system.

Nettle plant causes protecting of narrow intestinal mucosa. According to researchers this matter can be due to improving nervous system with mechanisms of reducing production of Sorbitol. This plant prevents increasing glucose inside the cell and improves blood supply tissue repair through appropriate decreasing of blood glucose. Nettle debarment glucose aggregation and as a result by Sorbitol in nervous cells that causes injury the cells and prevents access of neuropathy (disorder in nerves) as the function of the neural cells on the intestinal tract is improved and their atrophy (burn out) is improved. Also with improving blood supply it plays a role in intestinal mucosa repair and can prevent pathogen entrance with mucus conjunction repair and as a result reduces inflammation factors activity complications caused by it such as destruction, bleeding and necrosis.

In an experiment, it was shown that the use of nettle aqueous extract to 250mg/kg of body weight has a positive effect on reducing blood glucose in diabetic rates with alloxan. In the other research, amount of serum glucose and resistance to insulin in male rats reduced after the use of hydroalcoholic extract of nettle leaf. Also consumption of nettle leaf extract in diabetic rats increased insulin secretion of pancreas and finally reduced blood glucose. The researchers in other research that its results were published in PharamAnal acta Journal in 2017 were reported that orally use of nettle aqueous extract reduces plasma glucose in diabetic Syrian mice. In some sources it has reported that the cause of reducing blood glucose followed by nettle consumption is the effect of this plant on pancreas Beta cells, increasing allergy to insulin or insulin-like activity of this plant. The researchers know the increasing insulin secretion from islets of Langerhans Beta cells and /or releasing insulin from its resources are responsible for diabetes control. Some researchers know this act mechanism is decreasing Albumin glycosylation and fructosamine and some people mentioned nettle effect on inhibition Alpha glucosidase causes reducing blood glucose. Other recommended mechanisms include increasing peripheral consumption of glucose, increasing synthesis of liver glycogen, inhibition of glucose intestinal absorption, decreasing glycemic index of carbohydrates and decreasing glutathione effect phytochemicals. Studies of nettle indicate the presence of tanins, saponins, flavonoids, alkaloids and phenol in this plant. Quercetin flavonoids and ferulic acid affect pancreas based cells and improve this cells proliferation and as a result increase insulin secretion in diabetic rats.

The results of an experiment that was done on patients with type 2 diabetes the positive effect of nettle extract showed on lipidic condition and blood pressure. In this experiment nettle extract reduced triglyceride level and systolic blood pressure and increased useful cholesterol (HDL). Researchers believe that these effects of nettle can be due to existence of flavonoids in this plant. According to researchers, it is possible that one of probable mechanisms caused by nettle usage can be increasing lipoprotein lipase activity that decreases triglyceride.

On the other hand Saponin and Tannin contents in nettle can reduce intestinal absorption of lipid and with inhibition cholesterol Esterase increase ratio HDL to LDL.

In Iranian Journal of Reproduction Medicine published the results of an experiment that investigates nettle effect on prevention of injuries to sperm and cause of nicotine consumption in Syrian mice. According to these results, hydroalcoholic extract of nettle causes increasing sperm quality and inhibition of injuries caused by nicotine on sperm traits (their number and movement). Increasing of sperm cells movement caused by the use of nettle can be due to inhibition from activity of Cannabinoids (the ingredients that activate some nervous system receptors). These materials with activate CB1 receptor in sperms reduce sperm cells movements.

Based on a research in Phytotherapy Research Journal, nettle extract can inhibit an inflammation that causes allergy signs access. This plant has inhibitory effects on 1-Histamine receptor. Nettle extract prevents formation of Prostaglandins by inhibiting enzymes of the inflammatory pathway including COX-1 and COX- 2.

In traditional medicine nettle was used as anti-spasm, sputter, diuretic, and it was used to treat asthma and indigestion.