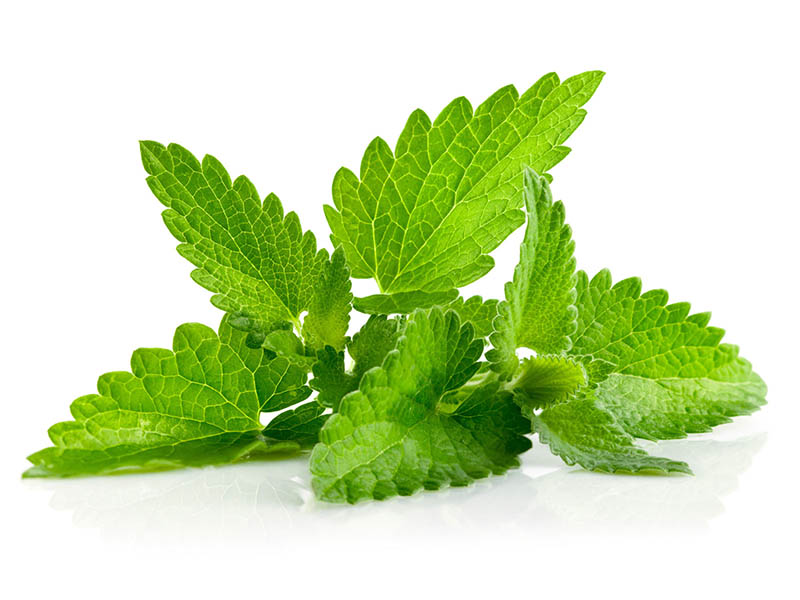 Mint with the scientific name of Mentha Longifolia is one of genus of Lamiaceae family and is native to Asia and Mediterranean region which is available throughout the years and it is abundantly found in the warm months of summer. Mint foliage in ancient Greece was used to clean banquet and party tables. The Romans benefited from this plant in the preparation of a type of sauce which was useful for digestion and oral aroma and medieval monks used its foliage for medicinal and oral uses. In many cultures mint is a symbol of hospitality. The name of this plant is derived from the Greece legendary character (Minthe). The Romans imported mint into England and for the first time before the 1440s a person named John Gardiner called this plant Miniths. The first signs of mint toothpaste were obtained in 14th century in England.

A research on animal samples indicated that menthol of mint protects the inner lining of the stomach against the negative effects of the pain killer and alcohol and has a potential role in preventing stomach ulcer from alcohol or excessive consumption of pain killer. A double-blind clinical trial study was performed on 107 women who had caesarean in Sabzevar before the medicine was taken the sounds of intestines were heard. Then it was prescribed 40 drops in 30cc of water for 3 times of drug and placebo. Based on these results, consumption of extract of mint reduces gas out of the stomach. Nor Al Dyne did the study with the title of the effect of mint extract on level of gastric acid secretion in male rats in Kashan in 1383. This research was done on 60 male rats. The findings have shown that the level of gastric acid secretion in mice receiving mint significantly reduces. Mint extract with dose of 9 mg/kg significantly reduced the stomach acid that with increasing the dosage improves the effect of mint extract very much. The results showed that oral use of mint distillate reduces the reversibility of stomach acid in rats and its use in patients with digestive problems is recommended to reduce the consumption of antacid.

The results of an experiment on laboratory mice have shown that mint has pain killer property. Therefore it works like indomethacin (anti-inflammatory medicine) drug. A research has published in scientific journal of Kurdistan University of medical sciences that investigated the effect of pain killer and anti-inflammatory of mint extract on laboratory mice. In this experiment extract with doses of 20,40,60,90 and 120 mg/kg was injected as inside traits to mice. Then its effects as pain killer and anti-inflammatory were determinate with the use of tests of Formalin and Xylene. The results of injection of aqueous extract of mint and their comparison with the witness group showed a significant effect on reducing inflammation and reducing pain in chronic phase. It has also been reported that menthol in the aqueous mint extract inhibits the flow and transfer of the pain signal and reduces the feeling of pain. Anti-inflammatory effects of mint extract may be due to inhibiting enzymes systems such as cyclooxygenase and lipoxygenase-5 pathways in the metabolism of arachidonic acid (a mediator substance of inflammation).

The enlargement of the androgen is a pathologic condition in women which first occurs body muscling. Hairy is the most common complication that associated with enlargement of androgen can be seen. Recently researches in Turkey have shown that brewed mint has anti-androgenic properties.

Anti-androgenic property of mint is connected to the effect on oxidative stress and reduces secretion of gonadotropins from hypophysis gland. Gonadotropins activate protein receptors, cause enhancement of synthesis cholesterol enzyme. Cholesterol and LH play a role in production of testosterone. Mint reduces testosterone by reducing availability to level and LH. Garnet in a research in 2010 has shown that mint tea is effective on reducing androgens and its anti-androgenic effect proved on pol cystic ovary syndrome. The results of this research have shown that average of free testosterone and total and sulphate testosterone dihydro significantly reduced in receiving group of mint in comparison to placebo. Acagdan et al. have done a research with title of “effect of mint tea on androgen surfaces of women with Hirsutism “in 2007. 41 women with pol cystic ovary syndrome entered this study. These people consumed two cups of mint tea for 5 days daily. The results have shown that after consumption of mint tea, the level of free testosterone significantly reduced. Komar et al. in 2008 in a research with title of ” mint and its effect on oxidative stress of hypothalamus and anti-androgens of testicle in male rats and change in hormones level and enzymes” concluded that mint has the properties that reduce oxidative stress and following that secretion of gonadotropin from hypophysis reduces and as a result production of testosterone is reduced.

The research with the goal of “evaluation of antimicrobial activity of extract and aqueous extract of mint on bacteria growth of Staphylococcus aureus and Escherichia coli” was done. These two bacteria cause many bacterial contaminations in the medical and food industries.  In this study, the sensitivity of bacteria to extract was investigated at three densities of 0,50 and 100. The results of this research have shown that extract of mint prevents growth of both of bacteria significantly. In this regard it indicated that the bacteria of Escherichia coli had more sensitivity to extract and extract of mint than Staphylococcus aureus. While the increasing of densities of essence and extract increases the inhibitory effect on bacterial growth so that there is a significant difference between the densities of 50 and 100.

Sing et al. in 2011 did a study with the title of “effects of antioxidant and antibacterial of mint”. This research has shown mint oil has powerful effect on antibacterial that can be equated with antibiotic effect of gentamicin. Another research on 66 people with the history of herpes simplex was done in 1999 that they got the disease at least four times a year. The results indicated that the use of alcoholic extract of mint caused more resistance to this disease and shortened the healing period in patients.

Researches have shown that menthol of mint is a natural drug of anti-decongestant and helps to remove mucus and throat phlegm. Menthol also has cooling effect and especially as a brewed form helps to relieve throat pain. Also, antibacterial and anti-inflammatory effects of mint help to relieve inflammation of respiratory system in patients with asthma and respiratory problems and relieve decongestant and coughing and allergy related to cold. Based on studies of medical center of Maryland University drinking 4 to 5 cups of mint tea in a day, among meals relieve throat pain and coughing. Another research has shown that acid rosmarinic of mint inhibits production of leukotriene and reduces access to allergic rhinitis disease.

Traditionally mint has been known warm and dry and it is effective on treating depression. It is exhilarative, calorific, heart strengthening blood diluent, swollen materials solver, soda, digestive system enhancer and especially stomach. The father of British botanical science believed that mint is so helpful to stomach. This plant is anti-spasm and anti-cough and drinking its extract is useful to remove lung moisture and respiratory system and causes relief of hiccup, nausea, vomiting and indigestion. Mint is effective on treating migraine headaches, fixing colic (gripes), chest and flank pain, insomnia and nightly discomfort.