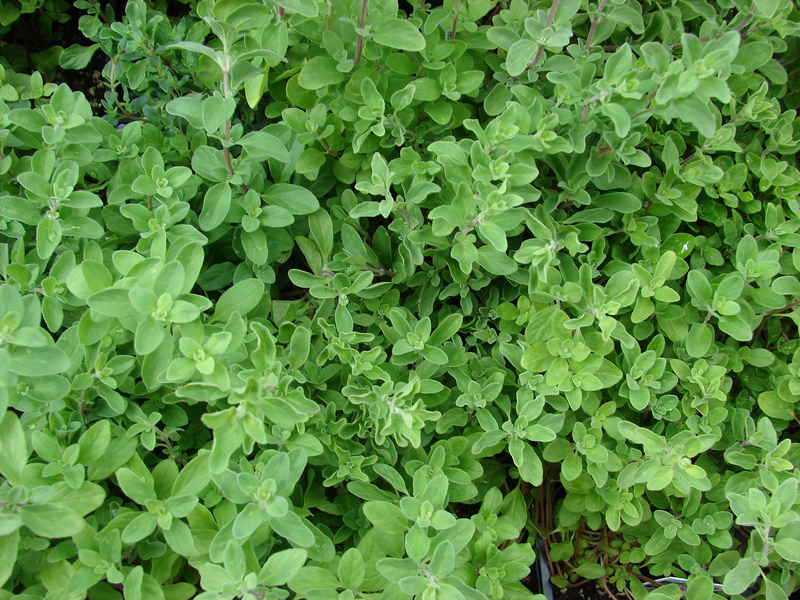 Marjoram or Oregano is known to be originated from Mediterranean region and Asia Minor while ‎it’s been used by Greek women as an aromatic plant in their homes. The word “Oregano” is derived ‎from a Greek word meaning “joy and brightness of mountains”.

In a study published in the Journal of Pharmacology Biochemistry & Behavior, Carvacryl acetate in ‎Oregano is concluded to have the potential effect of anxiolytic on laboratory mice (in 3 ‎experimental models). Another study published in the British Journal of Nutrition has shown that ‎Carvacrol and Thymoquinone in Oregano have positive effect on mood and anxiety. In this study, ‎‎20 healthy individuals (between 18 to 45 years old) were given Oregano extract capsules twice a ‎day for 5 days. The results have shown that Oregano extract increases specific brain waves ‎including alpha 1 and beta 1. Alpha 1 elevates relaxation, improves memory and concentration and ‎reduces anxiety, while beta 1 boosts alertness and cognition‏.‏

According to a study published in the Iranian Journal of Pharmaceutical Research, polyphenols in ‎Oregano lowers blood sugar. Therefore, this plant can be regarded as a medicine for treating ‎diabetes. Oregano extract treats Dyslipidemia through regulating the glucose genes and lipid ‎metabolism, being an appropriate medicine for type 2 diabetes. Moreover, it enhances insulin ‎resistance, lipid gene expression and carbohydrate metabolism, resulting in blood sugar regulation‏.‏

According to the researches, α-terpinene and carvacrol found in certain Origanum species like ‎Origanum majorana impede accumulation of blood platelets. The research was carried out on mice ‎with high blood pressure, showing that carvacrol lowers systolic and diastolic pressure‏.‏

A study published in the Journal of Medicinal Plants Research in 2015 has shown that Oregano ‎plant reduces aldosterone synthesis and delays renin–angiotensin–aldosterone system, lowering ‎blood pressure‏.‏

A study conducted in Egypt Mansoura University has shown that mice treated with Oregano extract ‎have shown significant decrease in cholesterol serum, triglyceride and LDL and increase in HDL ‎compared to the controlled group. Isoflavones of Oregano act as an anti-cholesterol agent, ‎inhibiting cholesterol absorption in intestine‏.‏

The prominent biological property of Origanum genus is their anti-microbial activity so that it’s ‎often reported to be listed amongst the strongest anti-microbial plants. Many human pathogenic ‎bacterial agents like S. typhi, S. aureus, E. coli and P. aeruginosa react to this plant essence or ‎extract. H. pylori, peptic ulcer disease agent, is one of the bacteria which has been studied many ‎times. According to the studies, Oregano is one of the strongest anti-bacterial plants which fights ‎against the said bacteria. Other studies have also shown that this plant acts against bacteria ‎responsible for food spoilage. Oregano is also a strong antifungal and anti-yeast plant. According to ‎the studies, most of pathogenic funguses are sensitive to this plant. It damages microorganism ‎mitochondrial DNA and cell wall, resulting in microorganism death. Carvacryl and Thymol in this ‎plant are both anti-microbial‏.‏

According to a study published in Journal of Medicinal Plants in 2008, Oregano protects DNA ‎against oxidative stress. This plant helps a DNA protective enzyme be expressed in cell culture ‎medium. Its essence is also a strong anti-lung cancer. The results have further shown that Oregano ‎has the potential effects on cancer prevention and treatment‏.

Oregano has a hot and dry nature and is traditionally known to be helpful in treatment of irritation, ‎inflammation, angina pectoris, tenesmus and heart pain. It increases urine and treats depression, ‎anxiety, headache, nausea and muscles and joints pain. Greek people have used this plant as a ‎medicinal plant, believing that it helps to treat convulsion and inflammation and detoxify body‏.‏