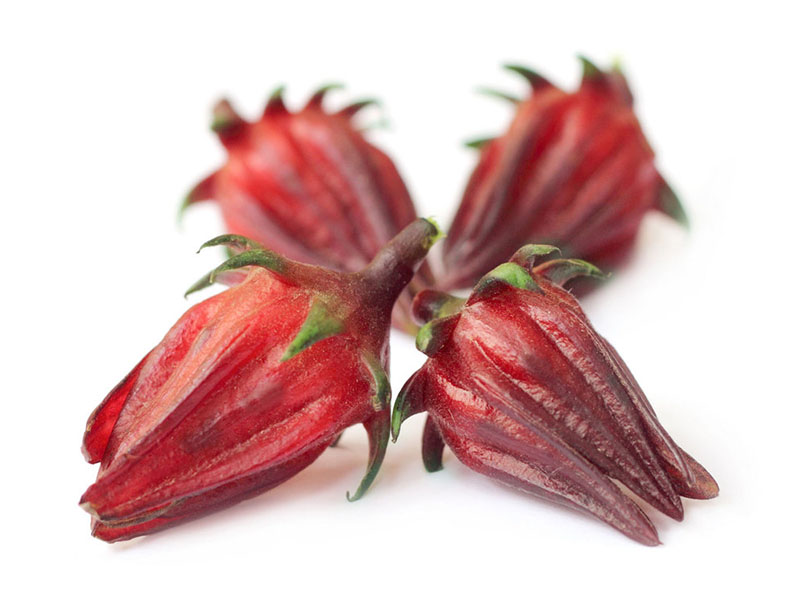 Hibiscus that is also called red tea or Meccan tea is native to India to Malaysia and had been carried to Africa years ago. It was grown in Brazil in 17th century and in Guatemala before 1840 for food use. It was planted by Dr. H. J. Webber at the United States Department of Agriculture’s Subtropical Laboratory at Eustis, Florida, in the early 1980’s, but all of the plants were destroyed because of a severe freeze in 1895. This plant was being cultivated as a common home garden crop in southern and central parts of Florida until after World War II.

In 1962, hibiscus was cultivated in Egypt more for pharmaceutical than for food use. In 1971, calyces of this plant were produced and dried in Senegal and then shipped to Europe at the rate of 10 to 25 tons a year.

Today, this plant is widely distributed in tropical and subtropical regions, and its calyces are used much in Egypt, Iran, Thailand and western countries in order to to make jams, drinks and teas.

According to a research published in the journal of Ethnopharmacology, consuming hibiscus tea decreases blood pressure in patients with hypertension. Another study indicated that this tea is also beneficial for reducing the blood pressure of patients with type 2 diabetes whose blood pressure was slightly more than normal level. Although the mechanism of blood pressure reduction following the consumption of hibiscus tea is not clear yet, several studies have shown the direct effect of this tea on vascular muscles, sympathetic nervous system, calcium channels, cholinergic and histaminic mechanisms and rennin–angiotensin system. The effect of hibiscus tea on blood pressure can be due to its antioxidant activity, vasodilatation effects and diuretic effects. Some researchers have reported dilation of veins and other researchers have reported a decrease in heart beat after consumption of hibiscus. Other suggested mechanisms are lowering heartbeat rate. Also, it is reported that hibiscus causes a decrease in blood pressure by inhibiting ACE (an enzyme which increases blood pressure) or affecting NO-related mechanisms in endothelium.

In a research which was published in Journal of Pharmacy, the effects of hibiscus tea extract on the level of blood sugar of rats with streptozotocin-induced diabetes were investigated. The results showed that the extract of hibiscus tea increased the level of insulin and decreased that of blood glucose. Rising blood sugar can lead to producing reactive oxygen species (ROS) that can cause oxidative tension and damage to Beta cells ( cells which exude insulin in pancreas).This species of oxygen can reduce the amount of intracellular antioxidants, Hibiscus tea contains antioxidants like anthocyanins (a group of flavonoids) including delphinidin-3-sambubioside, cyanidin-3 sambubioside, and delphinidin-3-glucose, which can destroy ROS. In this study, it is shown that consuming hibiscus essence increases insulin exudation from Beta cells in pancreas by restoring them and as a result decreases blood glucose. In other studies, it is noticed that hibiscus tea reduces blood glucose via inhibiting the activity of enzymes involved in carbohydrate absorption.

Hibiscus tea has low calorie content and helps flush toxins and excess fluids in the body due to its diuretic effect. In a 12-week experiment, published in the journal of Food & Function, consuming hibiscus extract reduced obesity and abdominal fat in obese people, and improved liver damage. Another study in the journal of Medical Hypotheses, considers hibiscus tea effective in losing weight in a natural way. Also hibiscus tea led to a reduction in appetite in rats and mice in other studies, and it seems this effect is much more due to reducing food absorption rather than burning fat effects. Some researchers attribute the effect of this effect to a bioactive compound that is named hibiscus acid.

The effect of hibiscus tea on reducing blood lipids is attributed to the inhibition of LDL cholesterol oxidation. In a trial, consuming this tea reduced the level of total and LDL cholesterol and triglycerides in hyperlipidemia mice, rats, and rabbits. Researchers believe this effect of hibiscus can be due to its phytochemicals like Citosteroland pectin (since they have destructive effects on cholesterol). Furthermore, aqueous extract of this plant contains large amounts of mucilage and pectin which reduce the level of fat in blood serum and body tissues.

Anthocyanins can cause apoptosis in HL-60 cells (blood cancercells) via affecting LDL oxidation. These materials can exert their antioxidant activity through affecting LDL oxidation. They can also be effective in inhibiting LDL peroxidation. Findings of a trial published in the journal of Pharmacology Biochemical revealed that protocatechuic acid in hibiscus inhibits the growth of cancer cells through apoptosis in human leukemia cells (leukemia). In addition, protocatechuic acid had an inhibitory effect on tumor promotion in mouse skin. This acid is a phenolic compound extracted from dry calyces of hibiscus plant and has antioxidant and anti-tumor properties. Breaking DNA and morphologic changes related to apoptosis were observed in HL_60 cells after using hibiscus protocatechuic acid.

According to a paper published in the journal of Natural Product Radiance, protective effect of hibiscus dry flower extract against oxidative tension was observed in rats’ hepatocytes liver tissue cells. In this study, protocatechuic acid protected the liver against toxic effects induced by t-BHP. In addition, the protective effect of aqueous extract of hibiscus has been observed in rats’ liver against toxic effects of paracetamol. Aqueous-ethanol (1:1) extract of the calyx reduced lipid peroxidation in CCL4-induced liver damage.

Hibiscus consumption is useful in relaxation. An experiment, published in the journal of Indian Journal of Pharmacology, demonstrated that the anthocyanin of this plant have antidepressant activity. A deficiency in one or more monoamines (serotonin, noradrenaline and/or dopamine) is considered as one of the reasons of depression by researchers. In the above-mentioned study, the anti-depression effect of hibiscus methanol extract on mice was investigated and it was observed that anthocyanins and anthocyanidins of hibiscus tea have antidepressant activity through dopaminergic, noradrenergic and serotonergic mechanisms.

In traditional medicine, hibiscus tea is used for cold, loss of appetite, high blood pressure, liver diseases and fever, and as a laxative agent. In African medicine, it is used to treat coughs and sore throat and as an antibacterial, diuretic, spasmolytic and cholagogic agent. In Thai traditional medicine, it is used for treating kidney stone. Also in Chinese medicine, this plant is used to treat carbuncles, swelling and inflammation of the skin and herpes zoster.