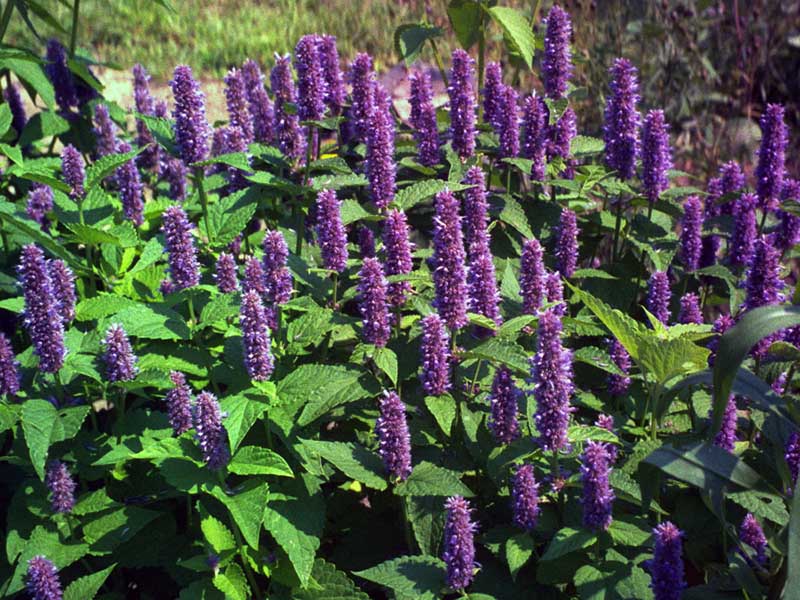 Hyssop is an evergreen and perennial herb of the Lamiaceae family that its leaves are small and linear and its flowers are purple-blue. Hyssop is native to Mediterranean countries and mild regions of Asia but it is now widely cultivated around the world and is often used as a decorative plant. The origins of hyssop are Europe, the Mediterranean, North Africa, Syria and Western Asia. Its growing site is Asia, the Mediterranean, Southern Europe and Syria. Name of hyssop probably without any change is derived from Greek word of Hyssopus and the Hebrew word of ‘’Esob’’ means ‘’Holy plant’’.

In 2008, a study was conducted on the inhibitory activity of medicinal plants against angiotensin (ACE) converting enzyme and digestive enzymes associated with diabetes and its results were published in Journal of Ethno pharmacology. Based on this study it is indicated that hyssop extract is effective on alpha glucosidase enzyme.  Enzymes of alpha amylase and alpha glucosidase are involved in glucose digestion and control the increasing blood glucose level after each meal. Inhibitory property of alpha glucosidase in aqueous-methanol extracts of dried leaves of hyssop was observed. In a study that was done in 2003 the inhibitory effect of alpha glucosidase of hyssop extract on hyperglycemia (increasing blood sugar) was evaluated and its results were published in Journal of Nutritional Science and Vitamin ology (Tokyo). Based on these findings, 0.5 and 1 mg/ml of hyssop extract during 120 minutes inhibited excessive increasing of blood glucose level. Based on this, hyssop can be a helpful nutritional supplement for inhibition hyperglycemia after meal.

In 2002, the relaxing effects of hyssop extract oil and some of its main ingredients such as Isopinocamphone, Limonene and Beta-pinene on intestinal muscles of rabbit and guinea pig were studied and its results were published in Planta Medica. Extract oil and Isopinocamphone are depending on density inhibited contraction caused by barium chloride and acetylcholine in ileum (part of the small intestine) of guinea pig while limonene or Beta-pinene had no effect on contraction of tissue. Also in ileum of guinea pig, hyssop extract oil prevented contraction caused by calcium chloride CaCl2.

In 2009, the antiviral activity of methanolic extract of hyssop leaves against of Herpes simplex viruses, type 1 (wild type) and type 2 (resistant strains) in laboratory condition and on animal model was investigated and its results were published in Journal of medicinal Plants Research. The extract of the plant increased the mean survival time in infected undertreated mice by 55-65% compared to untreated mice. Also mortality rate in mice treated with hyssop extract significantly reduced by 90% but mortality rate in untreated mice was 100%. These results have been shown that the extract of this plant has antiviral property against herpes simplex (HSV) and it can be an alternative treatment for infections of HSV. In the other research that its results were published in journal of Biochemical and Biophysical Research Communications, the extracted MAR-10 polysaccharide from hyssop as depending on density inhibited proliferation of HIV-1 virus. Based on this study, MAR- 10 polysaccharide contains antiviral strong activity of HIV-1.