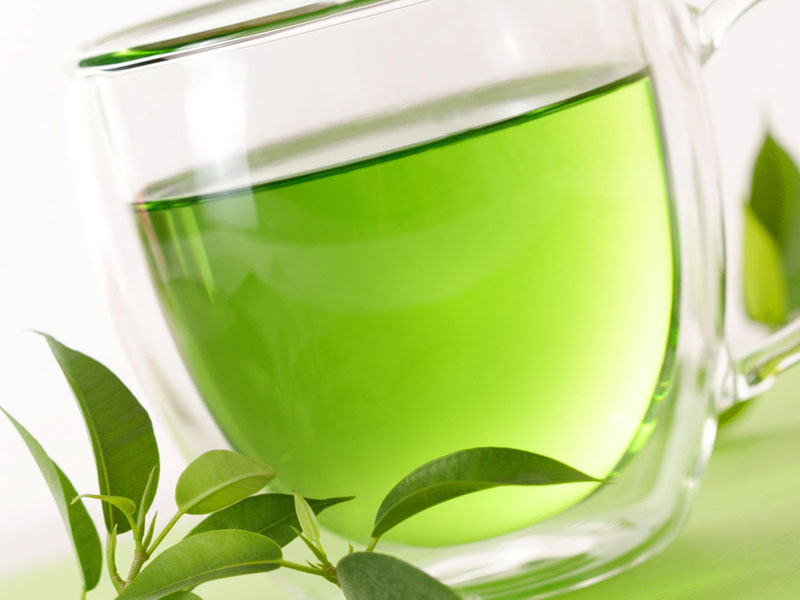 Green tea is made from tea leaves. Green tea leaves consumption dates back to over 3000 years ago in south-western China. Most likely, it has been used for chewing and eating at the first place and gradually it’s started to be used as a drug and drink. Tea leaves steeping method preventing from oxidation, however, dates back to 8th century.

A study published in Journal of Chinese Medicine has suggested that drinking green tea and its extract after food help to lose weight as it produces heat and oxidize fat. In the study on human subjects, 6 men were given 300 g of EGCG for 2 days. According to the results, EGCG was showed to increase fat oxidation, having anti-obesity effects.

In yet another study published in the aforementioned journal, it has been shown that Catechin (a type of polyphenol) in green tea especially EGCG has anti-obesity effect, reducing individual’s weight. Results have suggested that green tea increases body heat as well as fat oxidation. It is green tea polyphenol which increases body heat, boosting fat cells metabolism.

Based on a study published in Journal of Nutritional and Environmental Medicine, green tea reduces cholesterol. The study has been conducted on 240 men and women (with the average age of 55 years old) by American and Chinese researchers, showing that green tea reduces LDL cholesterol up to 15% within 12 weeks.

According to Okuda et al., green tea tannins inhibit cholesterol serum levels in blood. The results have shown that Catechin decreases the concentration of blood cholesterol while it increases cholesterol excretion or bile acids excretion and changes endogenous cholesterol metabolism.

Studies of Gumez et al. have suggested that EGCG in green tea inhibit absorption of glucose in intestine with the help of sodium-glucose linked transporter 1 (SGLT1), boosting blood sugar regulation. In another Japanese study in 2004, the effects of green tea have been investigated on diabetic laboratory mice. According to the results, green tea extract has significantly lowered blood sugar. EGCG in green tea functions like insulin, lowering blood sugar in body.

Green tea polyphenols positively reduce blood pressure. A study published in Science Report has shown that green tea significantly lowers systolic and diastolic pressure. Another study published in the Journal of Dietary Supplements has indicated that green tea reduces blood pressure in patients suffering from type 2 diabetes. In the latter study, patients were given 3 cups of green tea per day for 4 weeks, resulting in systolic and diastolic pressure reduction.

According to a study published in the Journal of Pathology, green tea anti-oxidants lowers blood cholesterol and triglyceride, while it reduces the risk of atherosclerosis and cardiovascular diseases and stroke.

A study published in the Journal of Cardiovascular and Hematological Disorders Drug Targets has shown that green tea polyphenols are anti-inflammatory and anti-oxidant. They destroy free radicals, stop the production of inflammation markers and do not let the cells be damaged. Therefore, the risk of cardiovascular diseases is reduced.

Several studies on animals have suggested that Catechin in green tea protects nerve cells, and decreases the risk of Alzheimer and Parkinson.

It’s been a long time that green tea has been cultivated in India, China and Japan, while being used for treatment of several diseases and disorders like improving digestion and cardiovascular system function and increasing metabolism rate. In Ancient times and Chinese traditional medicine, green tea was known to be effective for increasing alertness, improving temper, reducing stress, improving liver function, quenching thirst and treating constipation, headache and vertigo.