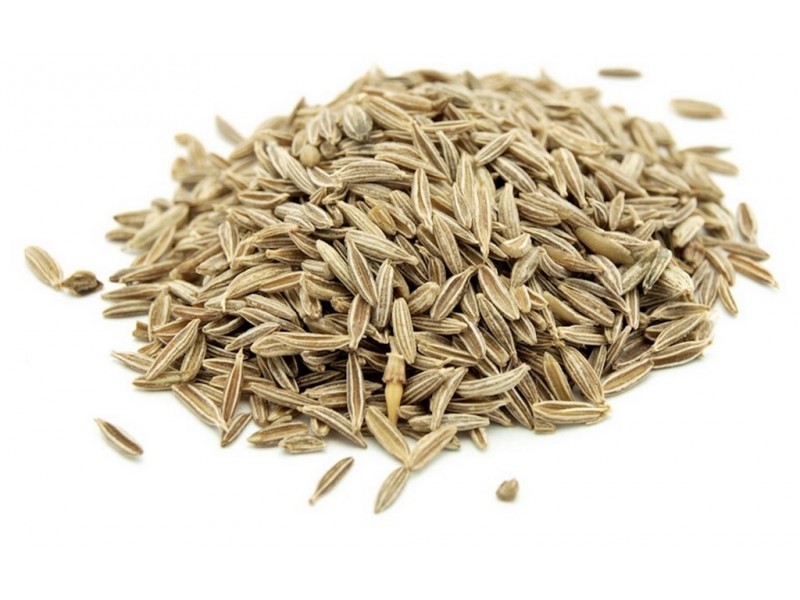 Cumin is known among people since ancient times. It’s originated from Iran and the Mediterranean region. It was also known to Greek and Roman people while being used in Morocco, too. However; cumin, during the middle ages, has lost its popularity in Europe except in Spain. Spanish migrants have brought cumin to America. Then, again cumin became popular in some parts of Europe. Nowadays, it’s being cultivated in Iran, Uzbekistan, Tajikistan, Morocco, Egypt, India, Syria, Mexico and Chile.

Cumin (its extract and oil) is revealed to be an anti-oxidant according to many researches. This property is attributed to monoterpene, linalool, Carvacrol, anethole and estragole alcohols, flavonoids and polyphenols, which all help eliminate free radicals. The main medicinal property of green cumin is that it is an anti-free radical.

Studies have shown that green cumin (oil or extract) has the potential anti-microbial activity. Its anti-microbial effects are assessed with respect to useful bacterial strains as well as gram-positive and gram-negative pathogenic bacteria. A study has shown that cumin alcoholic extract and oil stop the growth of Klebsiella pneumonia and its isolations, improve cell morphology. According to the researchers, this effect is related to the cumin aldehyde, carvone, limonene and linalool existed in cumin.

Cumin has a positive effect on weight loss and body metabolism, while it keeps the accretion of beta cells in pancreatic islets of pancreas. According to the researchers, pernylflavonoids in cumin help lose weight; however, it is not clear how they cause weight loss. It may be associated with insulin-like growth factors (IGFs) and their binding proteins.

In a study published in the Journal of Complementary Therapies in Clinical Practice, two female groups were given weight loss diets. Cumin was added only in the second group diet plan. The results has shown that the second group was observed to have significant weight loss and body lipid reduction, body mass index decrease and waist size decrease compared to the first group.

The bio-aromatic cumin compound called cumin aldehyde activates salivary glands, accelerating initial digestion of food. Thymol in cumin activates secretion glands of acid, bile and digestive enzyme. According to the researchers, cumin extract increases amylase, protease and phytase activity which all are effective in digestion of sugar, protein and lipid. Spices like cumin increase bile acids which are effective in digestion process. Cumin improves digestion as it contains essential oils, magnesium and sodium. It also relieves stomachache if used with hot water.

Cumin contains anti-oxidants like eugenol and limonene which are strong anti-cancer agents. A study published in the Journal of Medicinal Food has shown that nutritional supplements of green cumin prevents from large intestine or colon cancer (infused with a specific intestine carcinogen called 1, 2-Dimethylhydrazine) in mice. Cumin-treated mice have no cancer tumor. In this study, cumin has revealed a protective effect for intestine, reducing beta-glucuronidase and mucinase activity. Beta-glucuronidase is a type of enzyme which hydrolyzes glucuronide links and releases toxicants, while mucinase enhances hydrolysis of protective mucines in intestine.

In a study published in the Journal of Ethnopharmacology, Glucose Tolerance Test has been conducted on rabbits, showing that green cumin increases below surface of glucose tolerance curve. Green cumin methanol extract reduces blood glucose, creatinine and urea, but enhances blood serum glycogen and insulin of diabetic rats. Cumin aldehyde is the active compound of cumin oil which inhibits aldose reductase and α-Glucosidase activity, eliminating the negative effects of diabetes.

Cumin reduces the risk of Osteoporosis as it contains herbal estrogens. The animals treated with cumin methanol extract has shown a significant decrease in calcium level in urine, resulting in increasing calcium level in body and mechanical properties of bones. According to the researches, animals treated with cumin have shown higher bone density.

Cumin lowers body lipids. A study published in the Journal of Contemporary Therapies in Clinical Practice has shown that cumin reduces triglyceride and LDL cholesterol. Saponins (glycoside substances) in cumin are responsible for cholesterol reduction as they prevent from cholesterol absorption but allow cholesterol defecation. Cumin is further consisted of Phytosterols which have a positive effect on controlling lipids through reducing cholesterol absorption.