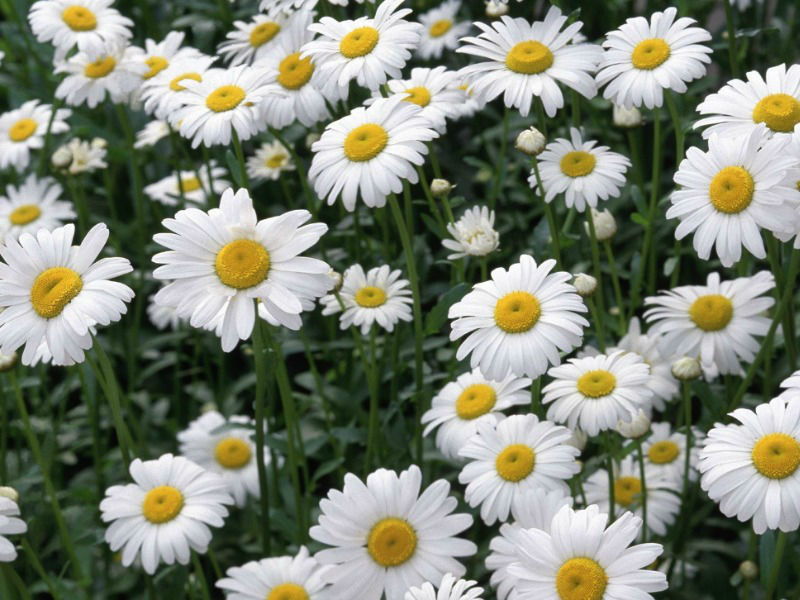 Chamomile is native to the southern and eastern Europe. In ancient Egypt, this plant was used as a medication for the treatment of ague. Due to the similarity of chamomile odor to apple blossoms, its name is derived from the Greek word “Chamomaela” meaning “apple“.

By modulating dopamine, serotonin and gamma amino butyric acid neurotransmitters, Chamomile’s flavonoids relax nerves and reduce depression. Studies have shown that Apigenin, Luteolin and Bisabolol compounds connect to the Benzodiazepine receptors in the brain and relax blood vessels and smooth muscles. To determine the relaxation potentials of Chamomile, the extract of this plant (220 mg capsules up to a maximum of 5 capsules per day) was given to 61 patients suffering from mild to moderate mental disorders for 8 weeks.  The results have shown that chamomile consumption significantly reduces anxiety and helps to treat these patients.

According to research, chamomile boiled extract (CDE) has a significant protective effect on diarrhea and fluid accumulation in the intestine, and helps improve digestive function. Studies have shown that Apigenin, Bisabolol inhibit Acetylcholine and histamine help reduce gastrointestinal muscle spasms. The plant contains alpha Bisabolol, Alpha-Bisabolol oxide A and B and Matricin (usually it converts to Chamazulene and other flavonoids with anti-inflammatory properties) volatile oils which have anti-inflammatory activity. According to another study, chamomile flowers prevent gastric acid secretion and ulcers in rats. This plant is also effective in reducing IBS symptoms.

Chamomile reduces glucose levels by inhibiting the synthesis of glucose in the liver. A study conducted in 2013 showed that the treatment of laboratory mice with chamomile extract for 6 weeks reduced insulin resistance while decreasing glucose intolerance and triglyceride plasma. The research also indicated that Chamomile’s flavonoids contributed to the reduction of insulin resistance.

Chamomile plant contains choline vitamin which helps lower cholesterol by removing lipids from the blood. Therefore, people with high cholesterol are recommended to drink at least 2 cups of chamomile tea daily to control their blood pressur.

It has been proved for centuries that chamomile has been a medicine for relaxing the nervous system, reducing anxiety and depression, treating fever and cold. In the middle ages, chamomile has been used to treat diseases such as asthma, fever, inflammation, and nausea. Chamomile is also used to relieve digestive problems such as anorexia, bloating, indigestion, diarrhea, vomiting, and nausea.