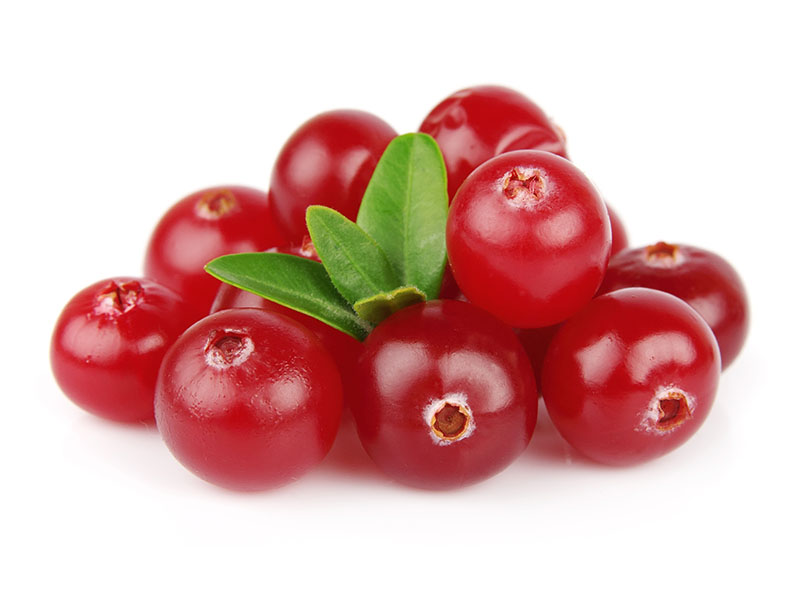 Cranberry is one of three North American native fruits. At the first time it was just harvested from northeast America areas but after that it was cultivated in the other parts of North America as Wisconsin and northwest Pacific Ocean and Chile. American natives were the only ones that used this fruit in 1550 AD. Natives blended squeezed Cranberry with venison that it was named Pemicana. They called this fruit (wonder berry). The immigrants and travelers learned how to use Cranberry from natives in 1620 AD. Dutch and German immigrants called this fruit (crane-berry). This naming was due to resemblance of Cranberry blossoms color with head and neck of crane or this bird`s interest to eat that. Finally this short word changed to Cranberry.

In the past, it was thought that Cranberry would reduce the risk of urinary tract infection by more acidifying the urine and protect urination system against bacteria as Escherichia coli. According to studies, Cranberry contains materials that prevent bacteria from sticking to the wall of urinary tract. There are two different theories about this. Based on the first theory: Cranberry`s antioxidants change the bacteria in such a way that the bacteria can not stick to the wall of the urinary tract. Based on the second theory Cranberry makes slippery cover on the wall of the urinary tract and prevents bacteria from sticking to the wall. The results of daily consumption considering about 50 ML of Cranberry`s water for 6 months in the women with urinary infection show that the disease returns to them 2% less than women who did not eat Cranberry`s water. The other considering showed that the probability of existence bacteria and white blood cells in elderly`s urine using Cranberry`s production reduces about 50%.

Similar test results indicated plasma antioxidant capacity increases in volunteer men and women after daily consumption 660 ML Cranberry`s water for ten weeks. Based on the other study in laboratory conditions that its results were published in Food Science and Nutrition journal in 2002, Cranberry`s flavonoids (contains 3 groups of Anthocyanin, Flavonol and Proanthocyanidins) inhibited LDL oxidation and in that way prevented platelet aggregation and adhesion. These flavonoids inhibit involved enzymes in lipid metabolism & lipoprotein that finally causes reducing Non-HDL and reducing the peril of access cardiovascular disorders.

According to studies, the use of Cranberry and products containing in it reduces bacterial infections in the mouth, the danger of tooth decay and gum disease and prevents dental plaque formation. Based on studies in laboratory condition, the use of 2.5 mg/ml Cranberry extract prevents aggregation 58% of 84 tested couple of oral and dental bacteria and in that way reduces the peril of access to oral and dental diseases. Cranberry prevents growth and multiplication of gum pestilential pathogens as Tannerella forsythia, Porphyromonas gingivalis and Treponema denticola and also from dental Biofilm formation (aggregation bacteria on tooth surface) and sticking bacteria to oral and tooth cells surface. A clinical primary study showed that consumption mouthwash contains Cranberry extract 2 times in a day for 6 weeks significantly reduced the number of Streptococcus bacteria. Based on another study, Flavonol and Proanthocyanidin of Cranberry prevent teeth Biofilm and tooth decay caused by Streptococcus mutans and Porphyromonas gingivalis bacteria. Cranberry reduces inflammation caused by pestilential pathogens and reduces also destruction tooth texture.

Researchers showed that Cranberry prevents sticking Helicobacter pathogens to stomach wall. Based on laboratory studies, Cranberry prevents sticking Pylori bacteria to intestinal mucosa cells and reduces the peril of access to disease or level of antibiotics consumption for treatment. A study in cancer researches institution in Beijing shows Cranberry is effective on prevention of Helicobacter pylori adhesion to stomach texture. In a double blind random controlled study, 189 mature people with Helicobacter pylori daily used 500 ML Cranberry`s water. After 90 days the results were amazing and the test of helicobacter presence was negative in 14% of participants that used Cranberry`s water, while this trend in placebo group was only 5%.

Traditionally, Cranberry used to prevent the access to kidney stone, kidney infections cure, blood pressure disorders, health of cardiovascular, health of brain and increasing body immune system. American native used to Cranberry for treatment wound salve and pull out its poison. American Whale hunters and seafarers to prevent disease of Scorbut or vitamin C deficiency had this fruit themselves.