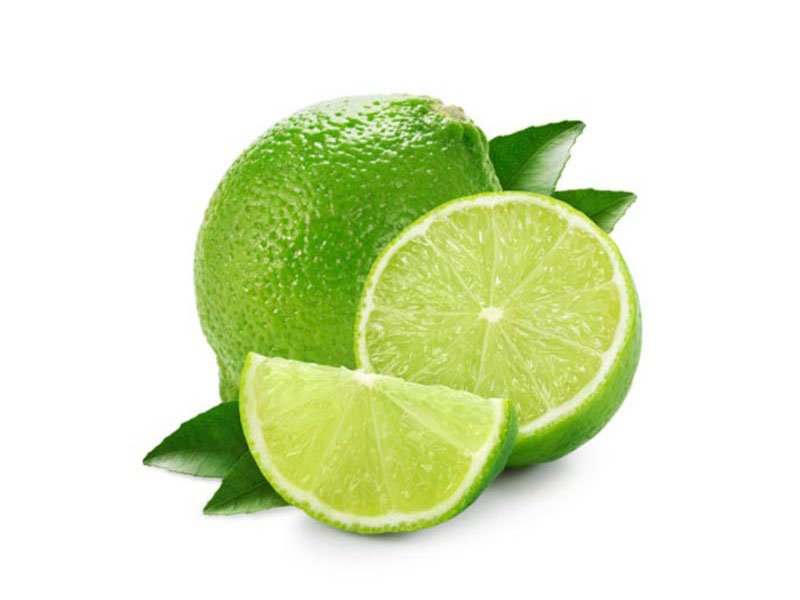 Persian lime tree is likely to be the result of a cross between two species of Citrus Limon and Citrus aurantifolia. The exact origin of this plant is not known but probably is native of Iran. Some sources say that it arrived from Italy (the land that was said to Persian lime has been cultivated since 1824) to Brazil in the mid-1800s. Some believe that Persian lime was taken to the United States through Tahiti. After world war I Persian lime found its place in the trade of plants. Of course at the beginning merchants and people did not accept this plant; for example the Canadians did not accept this lemon for a while because they were accustomed to Mexican lemon. In the 1930s many Florida citrus growers who were thinking of making more money, cultivated Persian lime and in 1924 the use of this plant expanded. Now this plant cultivates in many parts of the world such as United States, Brazil and Australia.

Persian lime due to having ingredients of polyphenolic, fatty acids and tocopherol has the powerful property of antioxidant. Vitamin C is another antioxidant of lemon that protects lipids of human plasma against peroxidation damages caused by types of oxidant.

Based on the results of a research that have been published in Medical Journal of the Islamic Republic of Iran, consumption of extract of lemon peel reduces body mass index in children and adults. Citric acid of Persian lime is a very good fat burner that improves digestion in comparison to other gastric acids and enzymes. High acid content in Persian lime juice helps reduce the absorption of sugars from the food that you consume. Researchers have found that people that drink Persian lime juice daily are less likely to gain weight. Researchers believe Persian lime juice helps detoxification and increase the rate of metabolism that ultimately affects fat burning.

Persian lime has a great role in treating gastric disorders such as indigestion, constipation and stomach ulcers. This fruit prevents stomach burning (due to gastric acid proliferation), nausea and increasing saliva in the mouth. The acid content in this plant reduces the acidity of the stomach with reducing the effect of fatty foods.

Lemon has a lot of benefits for the skin. This plant due to its high level of vitamin C and flavonoids that are powerful antioxidant and antibiotic causes the skin to become younger, keep the skin brilliant, prevent infections and reduce the body`s bad smell.

Researchers in a research that its results were published in journal of International Research of Pharmacy and Pharmacology, investigated the effect of liquid extract of Persian lime on arterial blood pressure and the activity of rabbit`s heart. In the first experiment, using adrenaline increased blood pressure in rabbits; they then observed that consumption of Persian lime reduced the high blood pressure by adrenaline. This extract had both effects of inotropic (heart contraction power) and effects of chronotropic (number of heart rate) on heart contractile activity and reduced contraction caused by adrenaline. The researchers observed that this effect of Persian lime removed with elimination of endothelium layer (a thin layer of cells that covers the inner layer of the blood vessels) and therefore they concluded that possibly the mechanisms related to endothelium are involved in this effect of lemon. Also the results have shown that Persian lime activates nitric oxides of endothelial and as a result causes vasodilatation (dilation of blood vessels).

Based on research findings that published in journal of microbial biotechnology research, essence and extract of Persian lime have antimicrobial effect on important oral microorganisms. Researchers believe that antimicrobial property of lemon is due to ingredients of citral and coumarin and therefore lemon can be used to treat oral infections. This fruit due to high level of organic acids especially citric acid and creating acidic condition is used to treat many intestinal infections and has been widely used to improve cholera in different parts of the world because it has higher antimicrobial property in comparison to generative bacteria of this disease (vibrio cholera). In addition Persian lime is a rich source of vitamin c that is known as the most important antioxidant. This vitamin plays an important role in prevention of progression of atherosclerosis disease, cancer, heart diseases and infections.

Use of lemon due to its properties of anti-inflammatory and antioxidant is recommended for prevention of diseases such as diabetes and high blood fat. Researchers have shown in a research that consumption of extract of Persian lime for 6 days significantly reduced glucose level and blood fat. In this research it has been indicated that Persian lime reduces expression of the enzymes of glucose phosphatase-6 and phosphoenolpyruvate carboxykinase liver and increase the expression of enzymes of glucokinase liver and GULT4 (a transmitter of glucose) in peripheral tissues. It seems that Persian lime with increasing reception and glucose metabolism in liver and also inhibition of gluconeogenesis (glucose production cycle) reduces blood level.

Recently it was observed that flavonoids of lemon are related to reduction of the risk of coronary artery disease of heart. According to researchers the use of extract of lemon peel with reduction of plasma lipids can reduce access atherosclerosis and as a result cardiovascular diseases. Researchers in a research observed the reduction of number of leukocytes (white blood cell) in mice blood of hyper cholesterolemia and mentioned that the reason is their adhesion to the inner surface of the vascular wall. In their idea consumption of lemon is useful for heart because lemon reduces cholesterol level.

Based on the report of nutrition department in UW hospital of Wisconsin, citric acid has positive effect on removing kidney stone. The high amount of this substance in the urine reduces the likeliness of kidney stones. Citric acid prevents production of stone and in people with kidney stone prevents stones growth. This substance creates a cover on stones and prevents adhesion of another substance to them.

Acids in Persian lime help to disposal system and clean the intestines. Large amount of lemon juice with salt can be a laxative and relieve constipation.

In the research that its results were published in International Journal of Cancer, citrus consumption reduced the risk of cancers in Japanese adults. So far many evidences have shown the protective effect of citrus as Persian lime against various types of cancers such as digestive tract cancer, respiratory duct cancer, pancreatic cancer, prostate cancer and breast cancer. According to researchers the extract of Persian lime due to the increased effect on leucocytes and the percent of blood lymphocyte can prevent the development of infectious diseases and cancers by strengthening immune system. Oxidative stress can lead to cancer progression. Citrus contains flavonoids and vitamins due to its antioxidant property and neutralizing oxidative stress can be helpful in prevention of access or progress of cancer. Extract of these plants with their anti-inflammatory activity prevents multiplication of cancer cells and causes their apoptosis. For example the naringin content in this plant can restore DNA. Researchers consider citrus to be effective in reducing the occurrence or progression of cancer especially if it is used with green tea.

According to traditional medicine experts lemon is useful on bile, stomach inflammation, runny nose, dizziness, skin diseases and hair loss. Persian lime juice is a coolant and has a significant role in treating diseases caused by vitamin c deficiency, rheumatism and digestive and diarrhea problems.