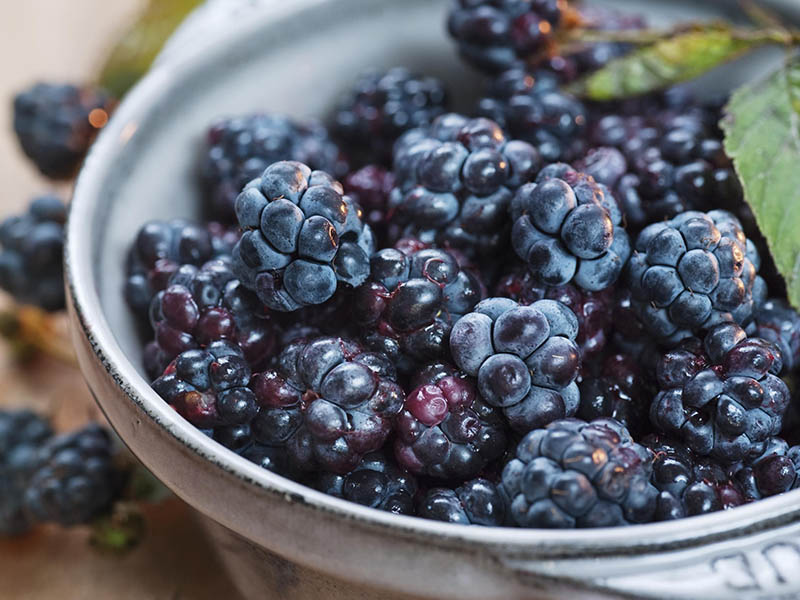 Black barberry is a spiny shrub with yellow woods and oblong oval leaves that has small, red and oval fruits with two or three oblong cores. It is also known as European barberry, which is native to central and southern Europe, northeastern Africa and western Asia. In the nineteenth century the popularity of this plant was reduced because according to farmers’ idea it was the host of wheat bug fungus and caused pollution and waste of wheat growing in neighbor farms. The various species of barberry are well known in different parts of the world as Iran, China, the Middle Asia, and in many European, Africans and Americans countries .Barberry properties were described in about 650 BC. In the seventeenth century, the use of barberry has been a common treatment in the Middle East.

Based on research findings that its results were published in the journal of “medicine”, the use of barberry extract added to the contractibility of rabbit’s heart. In this study, barberry extract activated the calcium channel in the heart. Recent studies have shown positive effects of berberine and its derivatives on cardiovascular system such as Anti-arrhythmia activity (abnormal heart rhythm), improvement of heart failure and vasodilation.

In a study the effect of liquid extract of barberry fruit on patients with high cholesterol and blood pressure level was studied. The results showed that liquid extract of this plant could play an important role in reducing cholesterol and triglyceride levels in patients. The effect of barberry on the reduction of cholesterol is related to its berberine. It has been reported that the berberrine has reduced the cholesterol by different mechanism from astatine drugs mechanism and if astatine and berberine are used together , they control the cholesterol level better .According to researchers’ findings , berberine increases the production of a kind of protein receptor in the liver that bonds with cholesterol and repels it .

In a research study, the effect of berberine on patients with non-alcoholic fatty liver was investigated. It was observed that natural berberine improves the conditions of this fatty livers and metabolic disorders. The effect of berberine curing on fatty liver can be due to its direct effect on liver fat metabolism. In another research, the effect of liquid extract of barberry fruit and lovastatin Anti-fat drug on liver important enzymes reduction in the serum of the laboratory mice was investigated. The findings showed that the effectiveness of barberry fruit in reducing the liver enzymes of mice with high blood pressure was similar to lovastatin drug and according to its fewer side effects; its usage was recommended for therapeutic diets (or therapeutic regimens).

A study was done to investigate the effect of natural berberine on type 2 diabetic patients with dyslipidemia (disorder in fat metabolism). According to the findings of this study that were published in “the journal of clinical Endocrinology & Metabolism”, the usage of berberine in curing of type 2 diabetes & dyslipidemia was effective and safe. Berberine can effectively prevent the activity of sucrose & maltose (enzymes that break the sugars into more simple sugars) and its effect is similar to what an Acarbose (blood glucose reducer) does in intestinal cells and may inhibit alpha-glucosidase activity to prevent glucose absorption. In another research, the berberine in barberry caused the increase of the allergy to insulin in mice which were receptor of high-fat diets and had a function similar to Metformin (a drug reducing blood glucose). In a study that its results were published in Journal of Medicinal Plants, barberry extract was used to decrease blood glucose in diabetic mice. The main function of berberine in regulating glucose and blood lipid includes controlling of mitochondria and alpha-glycosidase function, stimulating glycolysis (decomposition of glucose) and activating the pathway of protein Kinase activated with Adenosine monophosphate (AMP AMPK). Also according to recent studies, in type2 diabetic patients, insulin allergy increased in the presence of berberine.

In a study, it was observed that the liquid extract of barberry reduced the blood pressure level of patients with average blood pressure. This effect is due to the presence of berberine which through the effect on endothelium (inner layer of vein) of artery wall & expansion of the veins leads to a decrease in blood pressure. Also berberine, berbamine, hydroxyl Acantin and tetrandrine contained in barberry fruit reduce blood pressure by blocking calcium channels. Oxyacanthine is an Anti-adrenal & vasodilator, too.

According to research findings published in journal of Hepatitis Monthly, barberry extracts cause weight loss in patients with non-alcoholic fatty liver. Researchers have known the berberine is the cause of this barberry effect in a study that its results were published in Journal of Medicinal Plants, the body weight of treated mice significantly decreased by barberry extract. Based on the results, liquid extract of barberry with high antioxidant and phytochemical activity has blocking potential of hyperglycemia (high blood glucose), hyperlipidemia (high blood fat) and lipid peroxidation.

Inflammation is one of the common side effects in many diseases that weaken the immune system. In a study the alcoholic extract of barberry fruit reduced the acute inflammation of formalin and acetic acid injections in laboratory mice. Barberry extract can control the activity of mediators involved in inflammation. The Anti-inflammatory effect of berberine on acute and chronic inflammation has been shown in studies.

The inhibitory activity (cell proliferation) and induction (stop the cell cycle) and apoptosis (the scheduled death of cell) in grade T24 and BIU-87 bladder cancer cell were studied by Berberine in 2011 and its results were published in European Journal of Pharmacology. In this research, Berberine inhibited the activity T24 and BIU-87 in a method related to density and time. The barberry inhibitory effect has been reported for the growth of breast and lung cancer cells. Berberine in barberry has anti-cancer effect. In a research published in Complementary and Alternative Medicine Journal was observed that the P33 level (a protein of tumor inhibitor) increased by treatment of ethanolic extract of barberry. This matter justifies that this extract can cause the death of cancer cells. On the other hand, antioxidant activity can also play an important role in increasing the performance of this extract for cancerous cells killing and protecting of normal cells. The antioxidant and anti-cancer properties of barberry are attributed to its berberine.

The phenolic ingredients in barberry have antioxidant properties. Anti-cancerous activity of barberry fruit extract was demonstrated by MTT test (a test that shows the response of cells to external factors) on a cancerous cell type in human.

As the findings of one experiment showed, the liquid extract of barberry fruit had antioxidant and anti-bacterial properties in vitro conditions. The researchers have shown that the property of barberry is due to its berberine. According to available reports, the mechanisms of antibacterial effect can be a deterrent to DNA replication, RNA transcription and protein biosynthesis. Also destruction of the cell wall resulting in the removal of calcium and potassium ions from the cell, following the use of berberine, is another possible mechanism for the antimicrobial effect of barberry that the researchers observed in a study on staphylococcus aureus that liquid extract of barberry fruit increased the antibacterial activity of ampicillin through 1-methyl malate active ingredients. The increasing of barberry anti-bacterial activity was investigated against the staphylococcus aureus bacterium in 2009 and its results were published in the Phytotherapy Research magazine. The ethanolic extract of fruit and the combination of 1-methyl malate of barberry increased both anti-bacterial activity of ampicillin berberine and berberobine with 9 combinations of derived alternatives of barberry were evaluated for human immune deficiency antiviral activity (HIV) and its results were published in European Journal of Medicinal Chemistry. Berberine was the most active ingredient against the HIV-1 NL4.3 virus in CEM-GFP cell lines .

Barberry has analgesic properties. The researchers report shows that increasing departure of potassium from cells resulting from the injection of barberry extract can indicate the mechanism of its analgesic action

The bitter orange has a warm nature; the leaves of this plant were traditionally tonic and laxative and were used to cure insomnia and calm nerves in Mexico and South America. The people of Euskal Herria (state in Spain) knew bitter orange as an anti-spasm and used it to cure the stomach diseases, palpitations and headaches. In China this plant was also used to cure stomachache and diarrhea. Bitter orang is traditionally relaxing and anti-excitement of nervous system. It reduces the neurological headache and migraine .It is used to relieve the weakness of the nerves and sleeping problems, reduce menopausal symptoms, regulate blood pressure, and improves cold, removes hiccup, constipation and dizziness.